The Old Loggers Path (OLP) is a classic backpacking loop that has grown in popularity over the years. I was surprised to realize that I last backpacked the entire trail in 2012, over six years ago. So I decided it was time to return and experience this trail once again. I was also looking forward to seeing the two new shelters that were built on the trail last year. 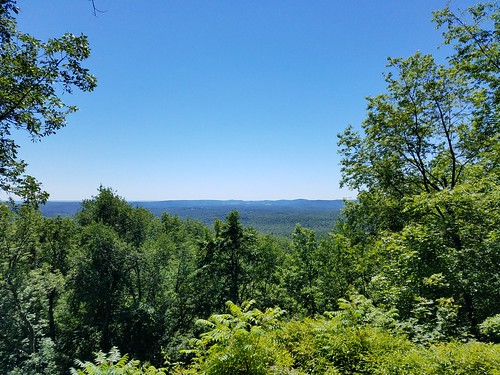 As a change, I decided to hike the trail clockwise, something I had not done before. I also decided to start at the new trailhead off of Krimm Road, instead of Masten, the traditional trailhead. 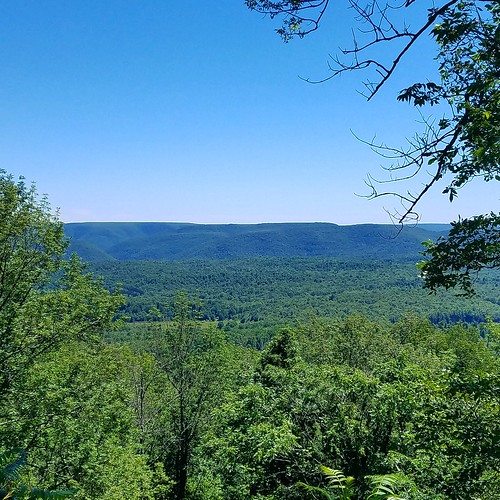 I arrived late morning, quickly got my gear together, and began hiking down the trail. It felt good to stretch the legs and hike on an actual trail, instead of bushwhacking, my more common pursuit. The trail followed old logging grades and crossed a small meadow. I hiked past a large campsite along a stream with damage from a flood in 2016. I soon reached Masten and continued on the trail as it made an easy, gradual climb through a forest of beech trees. I crossed a dirt road and entered a scenic hemlock forest where I took a break. The OLP doesn’t have a lot of forest diversity; most of the trail features hardwood forests, so it was nice to sit under the cool hemlocks. 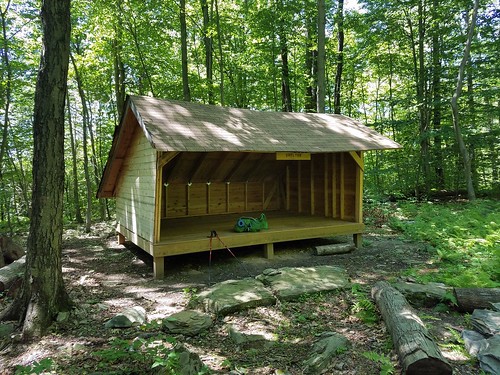 I encountered patches of stinging nettle along the OLP, but it wasn’t too thick and I was able to pass through, with shorts on, without too much discomfort. I soon reached the side trail to Sprout Point vista and shelter. The shelter was near the vista which provided nice views over the valleys and ridges. It would be a great place to stay for the night, but there is not any water nearby. 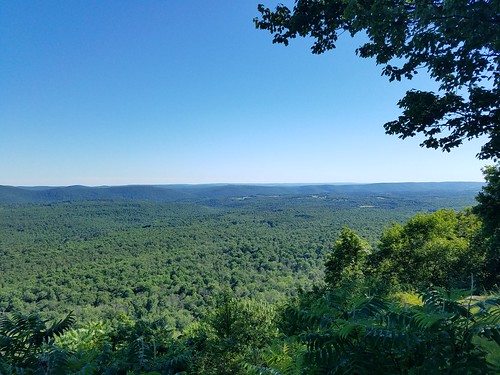 The OLP then descended through scenic, open forests of hardwoods. I crossed another road and traversed a series of stream valleys with rolling terrain. Each stream had a little water, and a campsite. The OLP also passed along a logging cut. A steep climb followed up to the trail’s finest vista, Sharp Top. Up until this point I had only seen two other hikers, but there were about ten backpackers at the vista, enjoying the wide panorama of wooded lowlands and distant mountains. It is an impressive view so I was happy to take a rest for a few minutes. 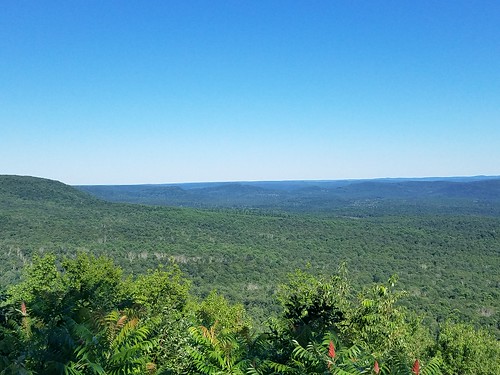 The trail followed the edge of the plateau with a series of ledges and then entered brushy areas with plenty of blackberries. I then hiked into a mature forest above a stream with the sound of cascades that filled the air. As I neared the bottom, I passed the yellow blazed S&NY Trail, which is a cross connector trail to the OLP. I soon reached a campsite at Pleasant Stream. 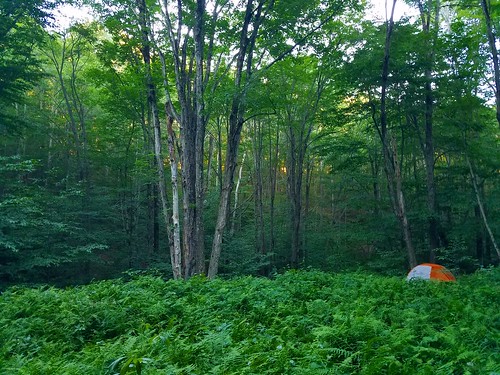 Pleasant Stream suffered from a lot of flood damage with embedded trees and gravel, sand, and cobblestones everywhere. I crossed the stream easily, passed another campsite, and continued on the trail. This next section was re-routed due to the flood damage; the trail made a steep climb up to the road, followed it for a little ways, and then followed a grade to Long Run. I crossed Long Run and passed more hikers. A climb then ensued up Sullivan Mountain as I tried to move fast to see the sunset. I reached the first series of vistas with beautiful view of the mountains basking in the golden glow of the setting sun. It was breathtaking. I set up my tent at a small site near one of the vistas. I sat at the vista and watched the stars come out. Owls hooted in the distance, coyotes howled through the forest, and fireflies lit up the sky. 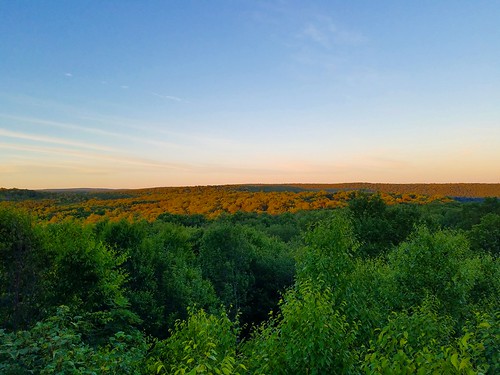 I was up early the next morning and enjoyed watching the rising sun through the misty trees. The trail passed large boulders and followed level grades over springs and small streams. I reached Doe Run and saw the new shelter, which was set close to the creek in a beautiful location. I made note to camp there on a future hike. I reached a view over Rock Run Gorge, where a couple were just getting up and I then hiked down to gorgeous Rock Run, passing above an unnamed falls on Yellow Dog Run. This is such a beautiful stream with its bedrock pools, chasms, and waterfalls. I sat there for a while to eat and enjoy the scenery.  While there I spoke to another backpacker. 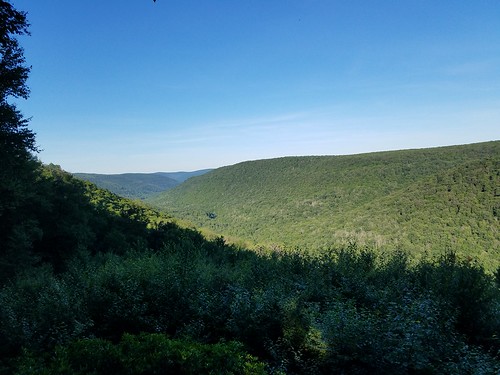 I was surprised by the number of hikers on this trail. I saw almost 40 hikers, but the OLP did not feel particularly crowded. 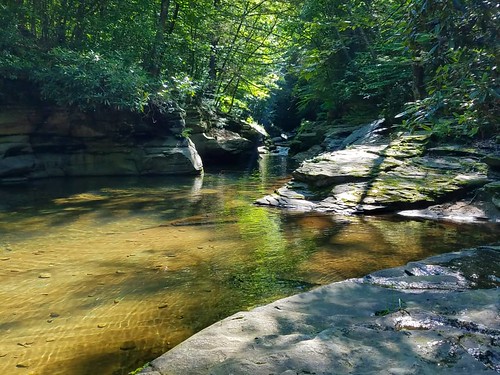 I like the northern section of the trail because of the scenery and the hemlock forests. The rapids of Rock Run filled the air as I hiked up the trail, passing several other hikers. I crossed a few more streams and then returned to my car on Krimm Road. 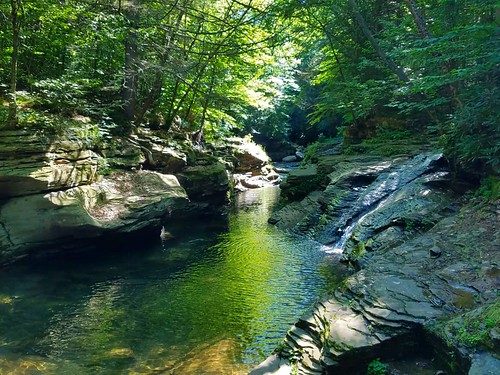 It was great to be back on the OLP. Hopefully my return will not be in another six years. 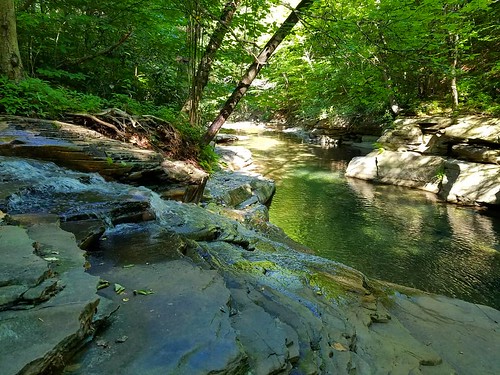 This trail is described in Hiking the Endless Mountains and Backpacking Pennsylvania.

Difficulty: Moderate. The trail often follows old grades with gradual changes in elevation, but there are steep areas near Sharp Top and Long Run.

Vegetation: Mostly hardwoods with some laurel. There is some hemlock along Rock Run. Stinging nettle is an occasional issue in the summer.

Camping: Most streams have a campsite. There are two shelters. If you want to camp at a view, there are small sites at Sprout Point, Sullivan Mountain, and the view over Rock Run.

Water: Generally not an issue. In very dry years the only creeks that will have water are Pleasant Stream and Rock Run.

Concerns: There is no bridge across Pleasant Stream. In high water this is a dangerous crossing.

Where to start? Most people start at Masten, but Krimm Road is another ideal starting point, particularly if hiking the trail clockwise.  Krimm Road is located just off of Ellenton Road.

Trail worth hiking? Yes. The OLP is an ideal weekend loop that is usually well graded. There aren’t a lot of rocky areas. The terrain isn’t too easy, or hard and there are beautiful forests and scenic features. 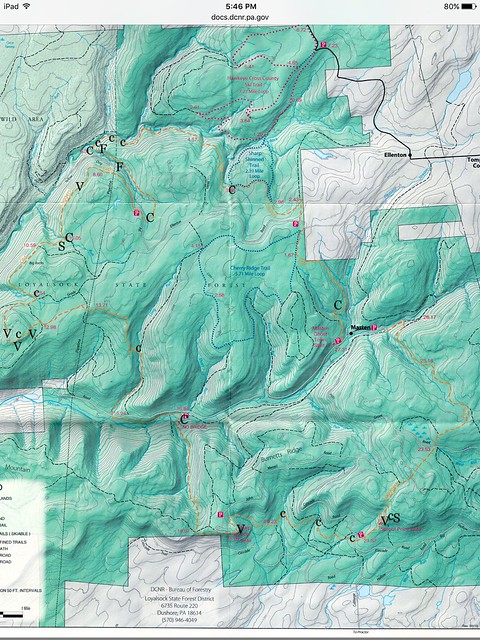 Legend for the map above: